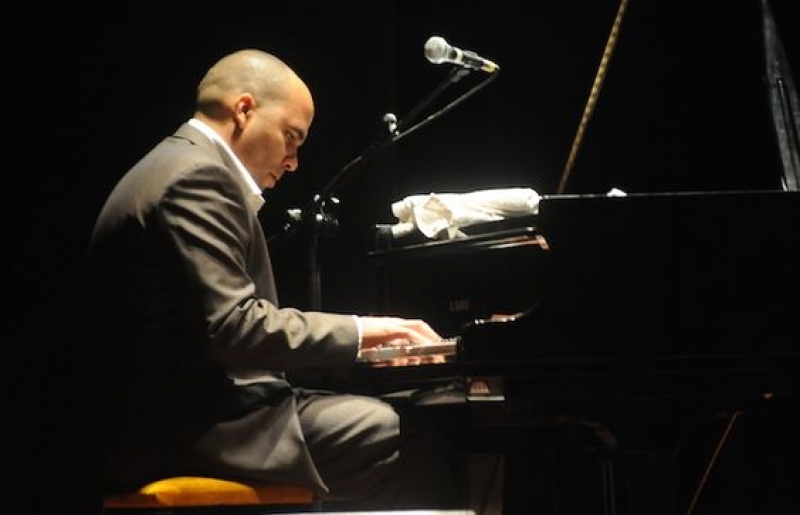 Daniel Amat, Cuban pianist, born in a small town of Havana called Güira de Melena. He grew up surrounded by the rhythms and harmonies of his native Cuba. From a very young age, he was influenced by his father Pancho Amat, one of the essential tres players of all times, who passed him the tradition of son, trova, and rumba. While pursuing his formal studies at the National School of Music in Havana, Daniel came in contact with classical music, jazz, and the music of Latin-American composers. Years later he graduated from the National School of Music receiving a degree of classical pianist and professor. All of this allows Daniel to have a unique and authentic style where fusion between the formal elements of structure, the balance of classical music and the freedom of harmonies and styles of jazz reminding us of Oscar Peterson or Art Tatum among others. Nevertheless, his music is wholly dedicated to the main genres of Cuban music such as Son, Changüi, Guaguanco, and Danzón. Even though Daniel is influenced by contemporary music, his style is genuinely based on the roots of Cuban music thus creating a unique and authentic musical language.

Daniel has pursued his career internationally, appearing in prestigious venues throughout Europe, Latin America. His debut CD “El piano que llevo dentro” (The Piano Inside of Me) received the 2005 Cubadisco prize in the Instrumental music category. Currently, Daniel resides in Málaga, Spain, where the critics describe him as "one of the great pianists of universal jazz."