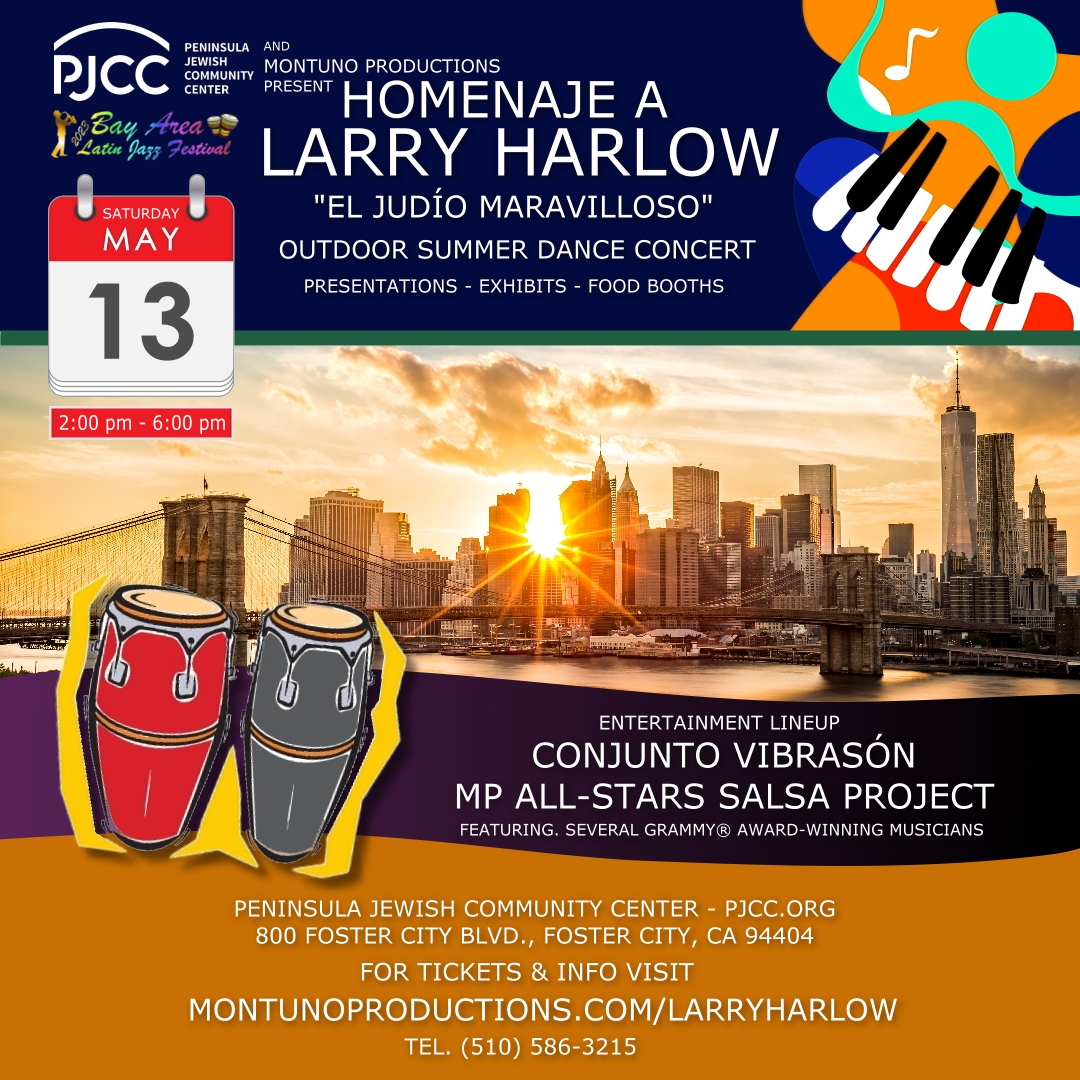 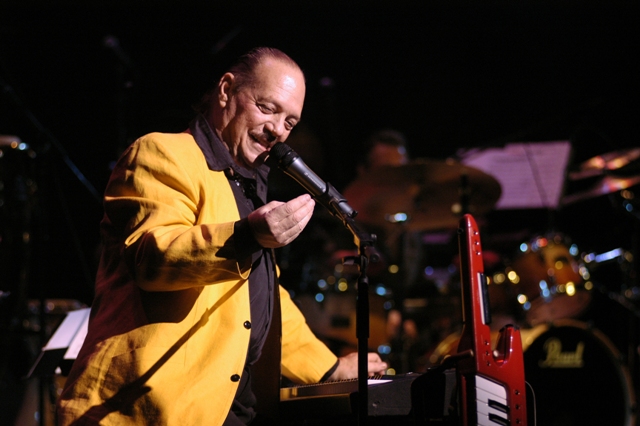 PJCC & Montuno Productions are happy to announce the "Homenaje A Larry Harlow" outdoor summer concert, scheduled for Saturday, May 13, 2023.

The concert will celebrate the musical legacy of one of the most important and impactful figures in salsa music: Larry Harlow, known affectionately in the music industry as "El Judío Maravilloso." After his passing on August 20, 2021, The New York Times wrote: "In many ways, Larry Harlow — one of the central figures of salsa and its defining label, Fania Records — was a master at mixing the diverse musical connections between New York and the Caribbean. In a career that spanned six decades, he stitched together overlapping genres like rock, jazz and R&B and various Cuban genres like rumba, son and guaracha through intimate, soulful knowledge of both musical traditions."

The event, presented as part of the Bay Area Latin Jazz Festival Concert Series, will be, first and foremost, about music. Concert-goers should expect to be regaled with the sounds of salsa clásica, of salsa dura de los tiempos de La Fania — con Larry Harlow. And, of course, that means that salsa dancers that day will be hitting the large dance floor to the tunes of "Abran Paso," Señor Sereno," "Anacaona," y "Con La Mayor Elegancia," among many other classics.

In addition, the festivities will feature exhibits, presentations, carefully-selected vendors of arts and crafts, and food vendors.

It will all happen in an expansive outdoor field at the state-of-the-art Peninsula Jewish Community Center (PJCC) campus in Foster City, CA. 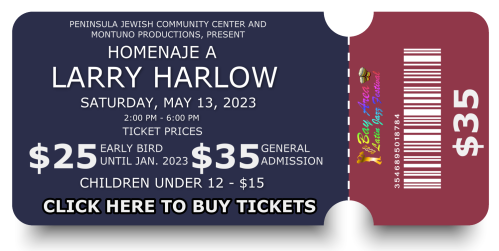 About Larry Harlow
March 20, 1939 – August 20, 2021
Born in Brooklyn, New York, his early influences were his father Buddy, a professional bass player, and his mother Rose, an opera singer.  A graduate of the prestigious NY High School of Music and Art, he excelled on oboe, flute, bass and the instrument that he is most famous for, the piano.  Although jazz and the stylings of Art Tatum were his first love, his growing exposure as a teenager to the music and culture of the New York Latino community fascinated him.  This led to a trip to Cuba in 1957 where he began a two year intense study of Afro-Cuban music in all of its manifestations; from West African based liturgical repertoire to popular dance styles.  Upon his return to New York he quickly made a name for himself as a top bandleader and was quickly signed by the new Fania Record Company, the most important label in the history of Latin music. “El Judio Maravilloso”, as he is affectionately called by his colleagues, completely revolutionized what is known today SALSA, developing the explosive trumpet / trombone sound of the contemporary Latino bands of the time.